This collection offers images of the rugged individuals and families who operated trading posts on the remote tribal lands around Winslow. Starting in the 1880s, over a dozen families with ties to Winslow worked at nearly 30 locations throughout the region and established unique relationships with Navajo and Hopi artists and families.

Traders exchanged household staples such as flour, sugar, coffee, and other goods with Navajos and Hopis for sheep, wool, rugs, pottery, and jewelry. Because many Native American products were produced seasonally, trading post operators played a critical role in household economies by offering a credit system. The Santa Fe Railway shipped these goods to markets across the country, and Winslow's location as a Santa Fe shipping point contributed greatly to its growth and stability in the first half of the 20th century.

By 1930, there were over 150 posts on or near Navajo lands. They fulfilled critical commercial and social functions and formed a dynamic network of trade, travel, and cultural exchange. Over time, however, the federal government and Native Americans themselves implemented regulations that made trading posts harder to operate. Meanwhile, more Navajos and Hopis owned automobiles and traveled on paved roads to border towns like Winslow, where they shopped at commercial chain stores and sold their goods and artwork directly to merchants and tourists. The era of the traditional trading post had ended. 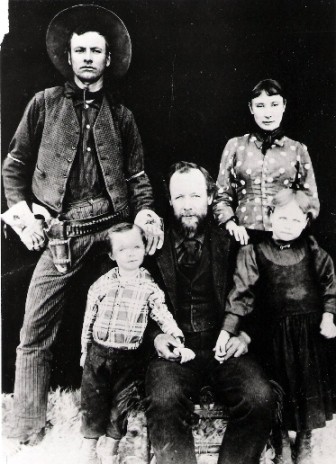